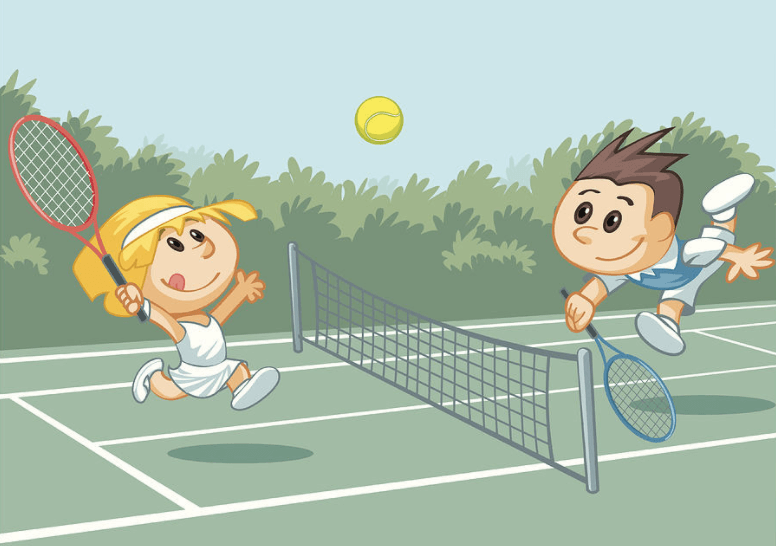 According to one approach, the formula for success is divided into three equal parts:

Is it possible to bring any tennis player to the elite of world tennis, regardless of his innate talents, or is there a barrier through which the player cannot cross due to his character and the limit of the development of physical abilities?

For example, children of early physical development can show high results already in adolescence. It is harder physically and psychologically for children of late development. Their abilities are also manifested, but at a later age. There are many examples of players who have achieved high results in world tennis over the age of 23.

The problem of the emergence of a barrier to physical development is directly related to the preparation of young athletes at an early stage of development, since the athlete acquires fundamental skills at a young and adolescent age. So, for example, flexibility must be developed up to 15 years. At the age of 12 to 15 years, it reaches its maximum values. It is also necessary for the development of other physical qualities. The highest rate of increase in dexterity and coordination occurs at the age of 7 to 10 years, the development of speed also occurs in childhood and adolescence. Over the period from 10 to 18 years, the time of the visual-motor reaction is shortened. Such necessary qualities as strength and endurance are not recommended to be actively developed at primary school age (10-11 years).

For all physical qualities, there is a period of maximum growth of these qualities. Violation of developmental periods can adversely affect the health of an athlete, on further results in professional sports.

Psychological problems are less well understood and can arise spontaneously at any time. The emotional state of an athlete is much more difficult to predict than the physical one. The peak of the form corresponds to a certain emotional state, the so-called state of ideal sports form (ISF). A change in the emotional state causes a change in the biochemical parameters of the body: pressure, heart rate, muscle tension, body temperature, etc.

For every athlete, there is a state of ISF (ideal sports form), which is a set of emotions that stimulate constructive physiological changes. The ISF state can be achieved by any athlete in any sport. In all motor sports, the state of ISF is very similar.

Problems arising during the training process can be caused not only by the negative aspects of the game, but also by personal troubles that the player brings to the court. Players have such typical manifestations of psychological factors in the game and in training as insufficient self-confidence, insufficient attention control, low level of motivation, etc.

Controlling the ISF (ideal sports form) state during a match is much more difficult than during training. During the competition, it is necessary to create an ideal emotional state, despite the pressure of external circumstances.

The best tennis players know how to control their ISF state, despite poor courts, unfavorable draws or tricks of the opponent.

Controlling the ISF (ideal sports form) state involves the acquisition of certain psychological skills by an athlete, which is the goal of psychological training. Psychological emotional management skills must be constantly trained.

The tennis coach needs to know as much about the player as possible and position him in mutual trust for teamwork and mutual striving for higher achievement. The correct development of the physical and psychological qualities of an athlete at an early stage of training will help to reveal the talents and abilities of each athlete – tennis player, as well as to avoid many injuries and help in overcoming psychological and physical difficulties on the way to the elite of world tennis.